Richard Chused is a prolific scholar and an expert on property law, law and gender, copyright law, and cyberlaw. He joined NYLS in the 2008–09 academic year after spending thirty-five years teaching and writing at the Georgetown University Law Center in Washington, DC. During 2004–05, he received a Senior Scholar Fulbright Grant to teach at the Law Faculty of the Hebrew University in Jerusalem. His recent intellectual property scholarship includes Moral Right: The Anti-Rebellion Graffiti Heritage of 5Pointz, a lengthy survey of the history, demolition, and litigation surrounding the internationally renowned aerosol art site at 5Pointz, Appropriate(d) Moments, a thorough analysis of issues surrounding the surreptitious capturing of pictures of neighbors living across the street from a photographer and their later exhibition in a gallery and online, and The Legal Culture of Appropriation Art: The Future of Copyright in the Remix Age, a study of the copyright treatment of appropriation art. Appropriate(d) Moments was selected as one of the best articles of 2015 related to entertainment, publishing, and the arts for inclusion in the 2016 edition of Entertainment, Publishing, and the Arts Handbook, an anthology published annually by Thomson Reuters (West).

Jacob Sherkow teaches Intellectual Property, Patent Law, Patent Litigation, and Property. His research focuses on law and the biosciences, with an emphasis on biotechnology and intellectual property. His work appears in both traditional law reviews and science journals, and he has been a frequent commentator on a variety of issues in the popular press. Professor Sherkow comes to the Innovation Center from Stanford Law School, where he was a Fellow in the Center for Law and the Biosciences. Prior to entering academia, he was a patent litigator at Gibson, Dunn & Crutcher in New York, and a law clerk to Judge Nicholas G. Garaufis in the U.S. District Court for Eastern District of New York. He graduated cum laude from the University of Michigan Law School, where he was an editor of the Michigan Law Review. He also holds an M.A. in biotechnology from Columbia and a B.Sc. from McGill, where he majored in molecular biology and English literature. In addition to his legal training, he has several years of experience as a research scientist in molecular biology.

Richard Sherwin, an expert on the use of visual representations and visual argument at trial, has written widely on the interrelationship between law and culture, including interdisciplinary works on the theoretical and practical dimensions of law’s migration to film, television, and computer screens – in court and out. In Spring 2014, Professor Sherwin won a Fulbright award and took up the Fulbright Canada Visiting Research Chair in Law and Literature at the Institute for the Public Life of Arts and Ideas at McGill University in Montreal, Quebec, Canada.

Ari Waldman is a Professor of Law and the Director of the Innovation Center for Law and Technology at NYLS. He holds a Ph.D. from Columbia University, a J.D. from Harvard Law School, and a B.A. from Harvard College. His research and writing focus on privacy, technology, and design, hate and harassment on the Internet, and online social networks. His first book, Privacy As Trust: Information Law for an Information Age, was published by Cambridge University Press in early 2018. Professor Waldman is a frequent speaker on data privacy and online harassment and often appears as an analyst on radio and television. Professor Waldman is also the Legal Editor at Towleroad, the widely read and award-winning LGBT news and politics website, where he writes a weekly column on gay rights.

Joseph M. Forgione is Associate Director of the Innovation Center for Law and Technology. He is also the Director of the Fashion Law Initiative at New York Law School and teaches the Fashion Law Practicum on faculty as an Adjunct Professor of Law. He is a practicing attorney at the Gioconda Law Group PLLC, where he focuses his practice on intellectual property counseling in the fashion and cosmetics industries, and has conducted business as a licensed private investigator in New York. Professor Forgione has worked on intellectual property-related matters with a number of prominent fashion and cosmetics brands, including Burberry, Casio, Coach, Estée Lauder, Hermès, Michael Kors, Proraso, Salvatore Ferragamo, Sherri Hill, Stuart Weitzman, and Tiffany & Co. Prior to the firm, he worked on intellectual property-related matters in the corporate legal department at Chanel and he participated in legal internships at Kate Spade, 7 Jeans, and Time Inc. His professional career in intellectual property law began as a law clerk in the legal department at HBO. Professor Forgione holds both an LL.M. degree in Intellectual Property Law and a J.D. degree from Benjamin N. Cardozo School of Law, and a B.A. degree, cum laude, with Honors in Sociology from Hofstra University, where he is a member of the Omega Chapter of Phi Beta Kappa. His scholarly article Counterfeiting, Couture, and the Decline of Consumer Trust in Online Marketplace Platforms was published in Volume 61 of the New York Law School Law Review (2017) and he is a contributing author to Intellectual Property Operations and Implementation in the 21st Century Corporation (Wiley 2011). His recent article, Designing Trust: Blockchain Technology and the Future of the Fashion Industry, will be published in a forthcoming issue of the New York Law School Law Review. 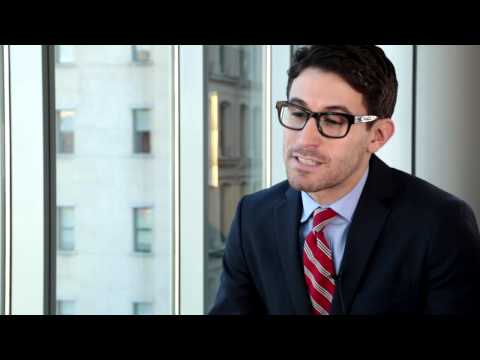 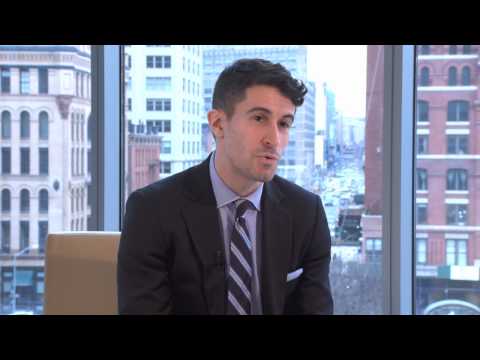