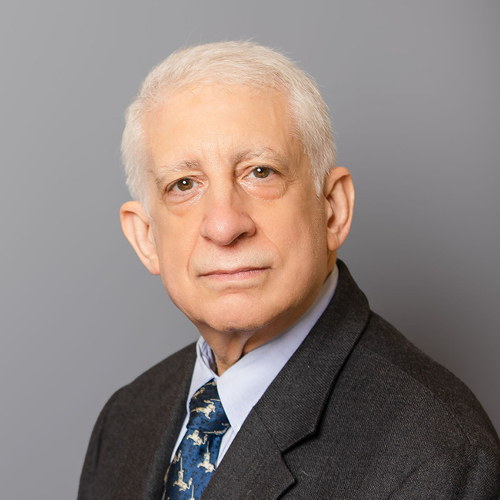 Today, he reports proudly, the situation has radically changed. Using law to help win equality has been a guiding passion of Professor Leonard’s, and he uses his role as a legal educator to constructively help shape the law.

Over the past 40 years, Professor Leonard has written numerous articles on employment law, AIDS law, and lesbian and gay law, including an influential law review article in 1985 on AIDS discrimination that helped form the nation’s legal response to the AIDS epidemic. A frequent national spokesperson on sexual orientation law, and an expert on the rapidly emerging area of gay family law, he is also a contributing writer for Gay City News, New York’s weekly lesbian and gay newspaper, and has written for several other lesbian and gay newspapers in New York City.

Professor Leonard has held a variety of influential and activist positions in civic and legal organizations, including trustee of Lambda Legal, trustee of the Center for Lesbian and Gay Studies at the City University of New York, and chair of the Section on Gay and Lesbian Legal Issues of the Association of American Law Schools. He is chair of the Corporate Compliance Committee and a trustee of the Jewish Board of Family and Children’s Services of New York. He is also a board member of TENET Vocal Artists, an early music performing group based in New York City.

He has testified on the New York City gay rights bill, organized forums that helped change rules on domestic partnership benefits, and helped produce oft-cited studies of the court system and legal profession that demonstrated the need for equality of opportunity and treatment for minorities.

At NYLS, he advises the LGBT student group and has been an effective advocate for change on lesbian and gay issues. In 2000, Professor Leonard was honored by the School at a symposium commemorating the 20th anniversary of the now-celebrated LGBT Law Notes, an extensively-cited publication that chronicles the legal aspects of the lesbian and gay community. In 2010, the NYLS and the LGBT Law Association Foundation honored him again on the publication’s 30th anniversary.

Professor Leonard received the prestigious 2005 Dan Bradley Lifetime Achievement Award from the National Lesbian and Gay Law Association in recognition of his significant contributions to the advance of LGBT rights under the law.

Homosexuality and the Constitution (Garland, 1997)

Sexuality and the Law: An Encyclopedia of Major Legal Cases (Garland Press, 1993)

“Has A Tipping Point Been Reached in the Quest for Legal Recognition of Same-Sex Relationships?”, Chapter 12, 25 in Civil Rights Litigation Handbook (Thomson-West 2009), 510-524.

“HIV-Infected Health Care Workers and Employment Discrimination Law,” 51 Record of the Association of the Bar of the City of New York 246–258 (1996)

“A Proposal to Reform the Process for Confirming Justices of the United States Supreme Court,” 7 St. John’s Journal of Legal Commentary 193–202 (1991)

“Collective Bargaining on Issues of Health and Safety in the Public Sector: The Experience under New York’s Taylor Law,” 31 Buffalo Law Review 165–190 (1982)

Letter to the editor regarding an op-ed by former New York City mayor Rudolph Giuliani, The New York Times (2005)

Report on the Experience of Lesbians and Gay Men in the Legal Profession, 48 Record of the Association of the Bar of the City of New York 843–890 (1993)