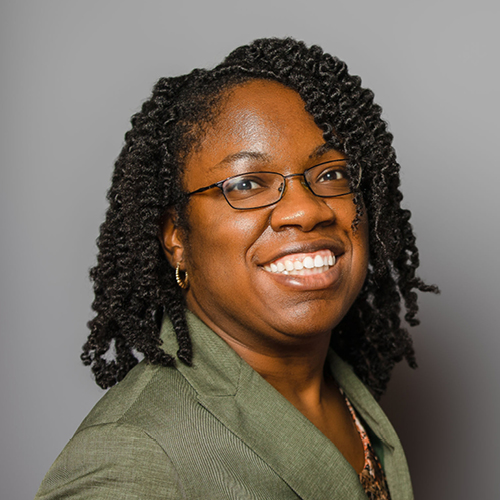 Britney Wilson joined the faculty of New York Law School in May 2021 as an Associate Professor of Law and the Director of the Civil Rights and Disability Justice Clinic. Prior to NYLS, Professor Wilson was a staff attorney at the National Center for Law and Economic Justice (NCLEJ). While at NCLEJ, Professor Wilson litigated civil rights cases around excessive fines and fees and discriminatory policing and disability rights cases concerning the provision of home and community-based services to people with disabilities and disability discrimination in healthcare.

Before NCLEJ, Professor Wilson litigated discriminatory policing cases, including as part of the remedial phase of Floyd v. the City of New York—the landmark case that successfully challenged the NYPD's stop-and-frisk practices—as a Bertha Justice Fellow at the Center for Constitutional Rights (CCR). While at CCR, Professor Wilson also worked on cases involving abusive immigration detention practices and economic justice and voting rights. Prior to NCLEJ, Professor Wilson was a Marvin M. Karpatkin Fellow in the Racial Justice Program at the American Civil Liberties Union where she litigated a range of racial justice issues from the school-to-prison pipeline and the criminalization of poverty to fair housing and inclusion in higher education.

Born with Cerebral Palsy, Professor Wilson has written and spoken extensively about disability, and the intersection of race and disability, for various outlets, including The Nation Magazine, Longreads, This American Life, NPR, PBS Newshour, Colorlines, and The Huffington Post. She has also testified about issues facing people with disabilities before both local and international governing bodies, including the New York City Council and the United Nations Convention on the Rights of Persons with Disabilities.

Other Publications
“Stuck in Neutral: The Americans with Disabilities Act and the State of Paratransit Service in New York City,” Transportation Law Newsletter (Federal Bar Association, 2018)

“The Longest Distance Between Two Points,” This American Life, Episode 629 (2017)