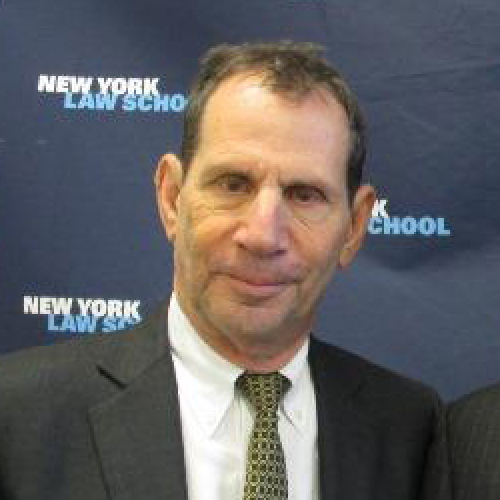 Lloyd Bonfield is a legal historian and internationally-minded law professor, who has taught in the areas of trusts and estates, property, international business transactions, European Union law, and legal history.

While still a law student, Professor Bonfield was awarded a Fulbright Scholarship to pursue his doctorate at the University of Cambridge in the United Kingdom. After two years of study, he was elected to a fellowship at Trinity College, Cambridge, where he undertook research and taught English Legal History and Criminal Law. His Ph.D. thesis was immediately published by the Cambridge University Press, as Marriage Settlements, 1600–1740, which remains in print 30 years later.

Prior to joining the New York Law School faculty in 2008, Professor Bonfield taught at Cornell Law School and thereafter at Tulane Law School for 25 years, where he was the Thomas Andre Junior Professor of Law and Associate Dean for International Graduate Studies and International Relations. He has taught American law on a regular basis for the University of Zurich, and at universities in Tokyo (Chou), Jerusalem (Hebrew University), Siena, and Strasbourg. This aspect of his teaching interest led to the publication in 2006 of American Law and the American Legal System, a second edition was published in 2020.  He has also published a book on European Union Business Law (2018), a second edition is in progress.

Most of Professor Bonfield’s scholarship is in the area of legal history. He has edited Continuity and Change, a journal of social history, demography and the law published by Cambridge University Press for a quarter century, and prior thereto, founded Law and History Review, the journal of the American Society for Legal History, in 1980. He also published a monograph on seventeenth century testamentary litigation Devising, Dying and Dispute: Probate Litigation in Early Modern England.

He was Director of the Center for International Law, and founded and directed NYLS’s only foreign summer school in London since 2009.

In 2000, Professor Bonfield was awarded a John Simon Guggenheim Fellowship and a Sumter Marks Award. He was awarded a Fulbright teaching at the Free University of Berlin, but had to decline due to the impact of Hurricane Katrina.

“Politics and the Supreme Court: Lessons From the Affordable Care Act Decision,” Proceedings of the Europa Institut, pgs. 215–230 (2013)

“The Foreign Affairs Power of the European Union: All Hat and No Cattle?” 20 Tulane Journal of International and Comparative Law (2011)

“Seeking Connections Between Kinship and the Law in Early Modern England,” 25 Continuity and Change (2010)