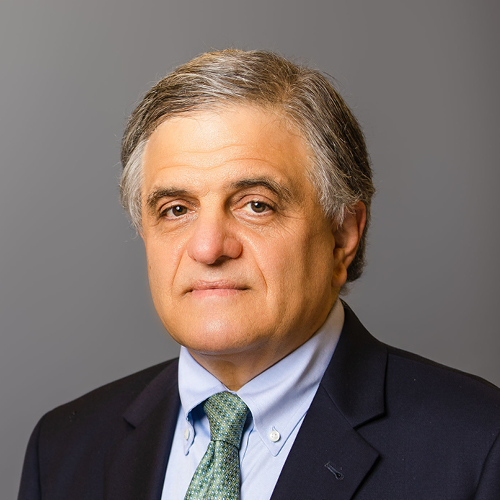 Richard Marsico is Professor of Law and Director of the Wilf Impact Center for Public Interest Law at New York Law School. He is also the founder and a board member of The Charter High School for Law and Social Justice in the Bronx, New York, and he served as president of the Mamaroneck Union Free District School Board.

Professor Marsico is the author of law review articles about community reinvestment and home mortgage lending, clinical teaching, and special education, as well as two books—Special Education Law and Practice: Cases and Materials and Democratizing Capital: The History, Law, and Reform of the Community Reinvestment Act.

His interest and scholarship in areas of community reinvestment, not-for-profit law, civil rights law, and education law began as early as law school, where he served as the executive editor of the Harvard Civil Rights-Civil Liberties Law Review.

Following law school, Professor Marsico was a law clerk to Hon. Shirley Wohl Kram in the Southern District of New York. He then worked as an attorney in the Bronx neighborhood office of the civil division of The Legal Aid Society, where he specialized in class action litigation, housing court litigation, and representing tenant associations in rent strikes, repair cases, and urban homesteading efforts before he moved to NYLS, where he has been teaching since 1990.

At NYLS, Professor Marsico has taught numerous clinical courses, where he has supervised students representing clients on diverse issues including discrimination, community reinvestment, not-for-profit law, and political asylum. His scholarship has examined the Community Reinvestment Act and how the federal law promotes economic development in impoverished communities as well as ways to encourage banks to make loans to businesses and residents of these low-income neighborhoods without encouraging predatory lending at high interest rates and harsh terms. He has written and lectured extensively in the field, focusing on low-income and minority borrowers. His published research includes a survey on patterns of home mortgage lending to low-income and minority communities in the New York metropolitan area.

Now, as Director of the Wilf Impact Center, Professor Marsico is shaping the School’s efforts to use law’s constructive power as a tool of justice and social welfare.

“An Analysis of the Implementation and Impact of the 2004–2005 Amendments to the Community Reinvestment Act Regulations: The Continuing Importance of the CRA Examination Process,” co-authored with J. Silver, 53 New York Law School Law Review 271–292 (2008–09)

“The 2004–2005 Amendments to the Community Reinvestment Act: For Communities, One Step Forward and Two Steps Back,” 39 Clearinghouse Review Journal of Poverty Law and Policy 534–545 (2006)

“Working for Social Change and Preserving Client Autonomy: Is There A Role for ‘Facilitative’ Lawyering?” 1 Clinical Law Review 639–663 (1995)